Preface: This post details our efforts to bring ranked-choice voting to local Dayton elections so we can choose our City Commissioners and Mayors without having a primary election. It will also broaden representation by providing minority position candidates an easier path to a seat at the table. In the past we have detailed the problems with municipal elections, and we have looked at ranked-choice voting as a possible solution to these problems. Now we’re putting our money where our mouth is and we have written a draft petition to bring ranked-choice voting to Dayton. To get this passed we will need a lot of support—and signatures—but we think this is the ideal time to pass ranked-choice voting as it is currently receiving a lot of national attention. The post below gives a more detailed account of our reasoning, and the petition is embedded as a .pdf file below.

With election season over, we receive a short reprieve from politics. But for our local politicians, campaign season has just begun. Gary Leitzell stopped by our office the other day in search of signatures for his candidate petition. Like other candidates for local municipal offices, Gary needs to turn in his petition 55 days before the primary election (May 4th), which means it’s due in early March. The City of Dayton requires 500 signatures to appear on the primary ballot for City Commissioner or Mayor (U.S. Congress only requires 50!), so that means candidates must trudge through the cold winter months knocking on doors. If you have the blessing of the local parties, as the incumbents do, they will make sure you get your signatures. Inevitably, almost no one shows up to the primary election. It’s all a waste of time and money. Dayton has a nonpartisan blanket primary (aka jungle primary or top-two primary) which means that for a position such as City Commissioner or Mayor, the top candidates advance to the general election and no (D) or (R) appears next to their names. This is a better system than most but there are still some major issues. Because the only guaranteed voters in these low turnout primaries are the party faithful, it almost guarantees incumbents clear the first round. They are better funded, have name recognition, and never have a problem getting signatures. The primary also creates a local oligarchy. This is reflective of the political makeup of Dayton. It allows for the local party function like Tammany Hall and eliminate any checks or balances. The parties actually endorse in primaries, withhold help for new candidates, and are stocked with elected officials and their patronage job employees. They also control the board of elections, which is responsible for approving signatures. https://youtu.be/Ed0nBPFdct4 There are three overarching problems our new petition seeks to remedy:

Because of low voter participation and awareness for the primary, a small group of party insiders usually get to decide who shows up on the general election ballot. Sometimes that’s not even necessary as there aren’t enough candidates to even hold the primary. The primary itself is often used to take advantage of the low turnout to stick tax levies and other initiatives that would normally not pass on the ballot. The primary never turns out voters—either due to apathy or a lack of awareness—and local politicians take advantage of that fact to circumvent the democratic process.

By making it difficult to appear on the ballot, few candidates choose to run in the first place. It’s hard enough when candidates spend hundreds of thousands of dollars to obtain an office that pays less than 50k a year, but the high signature requirements and March deadline make it particularly difficult for political outsiders to even get on the ballot. Candidates are also required to form a five person “nominating committee” that can replace them in the event of their death before the primary. This is a way for the local party to ensure they get “their guy” in even if there are unforeseen circumstances.

Our local elections are a poor democratic model.

The perpetual outrage at the Electoral College and gerrymandered Congressional districts indicates that people are generally unhappy about the way our elections are run. While Dayton is controlled by a single party, at the national level things are controlled by two parties. Twice as many choices, but still not a great improvement. Maine has taken action to shake things up with ranked-choice voting and we think this is a step in the right direction. We do not think it’s good enough to voice support of change at the state and national level and just wait for it to happen. Most voters are unsure of ranked-choice voting because big changes can be scary and have unforeseen consequences. By bringing ranked-choice voting to the local level, we can be an example for other elections.

Before he died in office as Dayton’s longest serving city commissioner, Dean Lovelace had argued for dividing the city into districts. Once he was in, he stopped pushing the idea. We believe strongly in less division than more, so we are taking the opposite approach. There are other problems with our local elections, but we’ve drafted a petition that solves the above issues for Dayton. Before we go through the formal process of submitting the petition to the city attorney and collecting signatures, we want to open it up to the public so we can receive feedback and alter it accordingly. The petition is rather long because it needs to amend the City Charter in several places, but here are the main points:

The main goals are to eliminate the primary and replace it with a ranked-choice general election. This would mean that you would rank the candidates on your ballot from top choice to bottom choice, and when the ballots are counted the individual with the most support from voters wins. It would also mean that your vote will only count toward one winner. Under our current system, two City Commissioners win and every voter gets to select two candidates. This does not lead to a diversity of views, which means it makes little sense to even have a City Commission of five people. See the video below for a simple explanation of how this system works.

There are some other key changes here, as well. By reducing the number of required signatures, we can ensure that more candidates appear on the ballot and that we do not discriminate against those of lower means. This is also achieved by removing the necessity to notarize a candidate petition. It’s not like the notary is present when anyone signs the petition, so it’s a needless step that functions as a barrier to ballot access. Eliminating the nominating committee and filling vacancies with prior candidates who finished 3rd or 4th in the most recent election will prevent the local party from appointing un-nominated candidates. It will also get rid of unnecessary special elections where turnout is abysmally low. These special elections cost money and most voters are not even aware of them. Turnout is low and it’s proven that they are the only elections where non-party endorsed candidates can win. It’s how Dean finally got elected and it’s also how Darryl Fairchild got a seat on his third run. Special elections bypass democracy rather than facilitate it. Finally, by merging the position of mayor with the other commissioners, we’re just being more honest about what the mayor is. With our “Commissioner-Manger” style of government, the City Manger is the person who really runs the city. The Mayor is just another Commissioner who functions as a figurehead for the Commission and chairs the meetings. Let’s just make the mayor the most popular Commissioner. The petition is below. The methodology and language, for the most party, is directly lifted from the City of Minneapolis Charter, where they began electing Council members using ranked-choice voting in 2009. Modifications have been made to tailor it for the City of Dayton. Notably, Minneapolis is divided into districts with each Council member running for a specific district, while in Dayton, Commissioners are voted on by the entire city.

Please support this petition, especially by telling everyone you know in Dayton about it. If you would like to provide us with feedback or volunteer to help, we can be reached at [email protected]. You can also just leave a comment in the box below. It would also immensely help if you donated to Reconstructing Dayton. Getting this petition on the ballot will be our top priority for the next several months and your donation will directly fund our efforts.

Ranked-Choice voting is gaining traction around the country. Check out these resources to learn more: 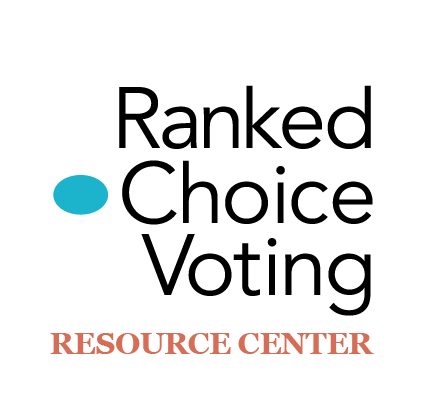 There’s a lot of fuss about Ohio’s redistricting process and our attempts to adhere to a new State Constitutional amendment intended to curb gerrymandering. We propose using proportional representation to blow gerrymandering away for good.

We look at the 2021 Dayton “special election” (primary). Who won, who lost, and what the future may hold.