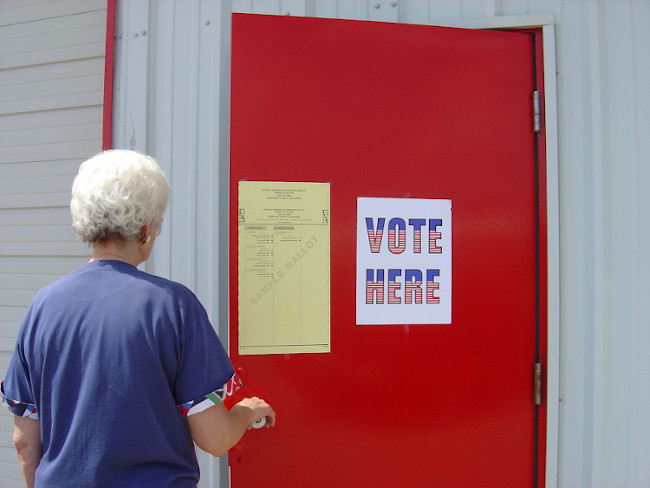 If the vast majority of people do not care who their local officials are, does it make sense to elect them at all? Yes. Elections provide an important mechanism for holding officials accountable and allowing individuals to directly petition for change. However, we should also look for reforms that would actually make people care enough about their local elected officials to actually show up at the polls. To do this, we must identify the sources of local election apathy.

We Elect Too Many People
One key problem is that we elect too many people. Elections may sound like the ideal way to choose government employees, but elections require citizens to invest so much of their time keeping up with various candidates and elected officials that it can actually discourage them from being politically active. Even if people cared about the numerous elected positions, local media rarely cover the work of these officials, making it difficult for voters to assess their abilities. This may be why so few people vote in local elections. Without sufficient information about these individuals and what they do it becomes difficult to form an opinion about them.

Ohioans elect five individuals for federal office: the president, vice president (on the presidential ticket), two senators, and the congressional representative for their district. These individuals are easy to keep track of because both the national and local media covers their actions. We elect fourteen individuals for state politics: the governor, lieutenant governor (on the governor’s ticket), auditor, treasurer, secretary of state, attorney general, board of education member, and seven State Supreme Court justices. A case could be made that the governor should just appoint some of those positions as the president does at the federal level, especially considering that they are usually filled on a partisan basis that reflects the party of the governor. People are also much less likely to know who their state auditor or state treasurer actually is, what they do, and whether the person they are voting for is actually the most qualified for the job. By limiting the elected officials we can actually increase voter participation by providing them with less officials to keep track of.

On the local level things get real messy. Daytonians elect twenty three local officials, meaning that overall we are responsible for electing forty-two officials. Not all will appear on the ballot in the same year as some positions are staggered, which may mean voters may be unaware of just how many elected officials represent them. Did you know that voters are responsible for electing the county coroner? How are voters supposed to know who is a good coroner and who is a bad coroner? If the coroner was appointed, they could be easily fired for doing a poor job. As an elected official, the corner actually has less accountability because they answer to voters who don’t pay any attention to the position. The same applies for other positions such as treasurer, engineer, and clerk of courts. These types of administrative positions could be better filled through a traditional hiring process. People tend to elect officials based on the (D) or (R) next to their name. It seems that political affiliation would have very little to do with one’s ability as a civil engineer.

When it comes to municipal elections things get even murkier, which explains why only 27% of eligible voters even bother to participate in these elections. While a Dayton resident may be aware of their mayor and commissioners because they are often the focus of local news stories, the townships are another story. For example, Clay Township has three trustees and a fiscal officer. They also elect school board members but school districts are not necessarily tied to other political boundaries. It seems unlikely that the local news will pay attention to any of these individuals and only those with a personal relationship will know or care about these people (hint: if you want to get elected to a township position, attend the largest church in the township). Holding elections that voters do not know or care about seems to be a poor way to hire people who make important decisions.

If you’re curious about who your elected officials are, punch in your address below and take a look (note, it does not include local school board members). You may be surprised at the number of elected officials you, as a voter, are expected to keep track of.

We Need to Modernize Our Elected Positions
The traditional county government in Ohio, as laid out by the Ohio State Constitution, calls for an elected recorder, treasurer, and auditor. In Summit County, where the county reorganized its government utilizing the county charter option in Article X of the Ohio State Constitution, these three positions have been combined into a single finance department. Wouldn’t such a consolidated department, ran by appointees who are selected for their qualifications, be a better way to run things? These positions are, after all, primarily bureaucratic. 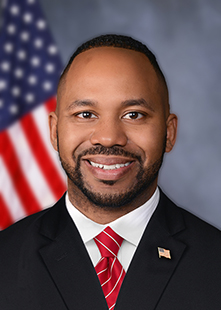 This is Montgomery County’s Recorder, Brandon McClain. If you don’t know what a county recorder is, don’t feel bad. Most people don’t.

For example, let’s look at the county recorder. Have you ever checked on the work of your local county recorder? Do you even know who he is or what he does? In Montgomery County the recorder is Brandon C. McClain. Aside from some outrageous scandal occurring, would the local news ever report on the county recorder so constituents could know how this person is performing? Aside from his electoral victory, McClain has only been mentioned a few times by The Dayton Daily News and they don’t provide much insight into his performance as recorder. He was listed among Parity Inc.’s “Top 10 African-American Males” in Dayton, which sounds positive, and he also wrote a column about criminal justice reform. McClain sounds like a fine person who is more than qualified to be recorder. For a job that pays $71,000, we force him to invest a bunch of his time and money every four years to campaign to keep his job in an election that hardly anyone even pays attention to.

Summit County’s fiscal officer, who oversees the responsibilities of a recorder, treasurer, and auditor, is also elected. But by consolidating the responsibilities of these similar offices it’s easier for the voters to keep her accountable. It also allows for greater efficiencies by reducing unnecessary bureaucratic fragmentation. When these offices were first designed, in 1803, bookkeeping and record keeping would have made consolidation difficult as records were kept on paper and usually handwritten. In the 21st century we have computers that make this type of fragmentation less efficient and requires unnecessary redundancies of personnel and equipment. Summit County’s fiscal officer makes a little over $120,000 per year. Even though that salary is significantly higher than any of the positions that oversee the same responsibilities in Montgomery County, the combined salaries of those positions amounts to approximately $236,000. We pay twice as much for a less efficient bureaucracy. The county government structure can and should be modified to increase voter engagement.

Support Your Local News Media
Another source of voter apathy in local elections is that local media sources have become anemic and no longer provide much depth when covering local political issues. Supporting local media sources and encouraging them to cover local politics can help to develop an informed electorate. While the internet and national media have done a great job of connecting people when it comes to national issues, the local issues are often forgotten about and no economic incentive exists for local news sources to cover them. Unfortunately, “local news” is not always that local. Television stations, radio stations, and newspapers have been purchased by large media conglomerates such as Sinclair Broadcast Group, Cox Media, and Hubbard Broadcasting. As such, it has become more common for these sources to use national stories that don’t require individual stations or papers to produce much of their own content. Use local media but be savvy about who actually employs journalists to cover local stories.

Abolish the Partisan System
In the future this will be an entire article. Although local Dayton elections are technically nonpartisan, the Board of Elections and state law create barriers for candidates not affiliated with a political party. The national party platforms don’t matter for local issues so it doesn’t make sense for local candidates to run as Republicans or Democrats. This system makes it more difficult for individuals to run while investing a great amount of power in local parties.

In the Meantime, Do What You Can
Our current system of electing local officials is not ideal. It does not make sense that the majority of candidates voters are responsible for electing are the ones that voters do not pay attention to and do not even bother voting for. There is a sad irony in the fact that the majority of eligible voters take the time to vote for the president but not for their local officials who actually have a more direct impact on their lives. If we want this system to change the only way to achieve that goal is to participate in it and elect people who will enact our desired changes. That’s what Summit and Cuyahoga Counties did to create governments that are responsive to the demands of a modern metropolis. We can do the same by backing candidates who are forward-thinking and are willing to break the mold of conventional partisan politics.

Champaign County, like most Ohio counties, is ideally structured for the default county government, as outline in the Ohio Constitution. Urban counties, such as Montgomery County, have municipalities that have extended into one another so this system of local government no longer makes sense.