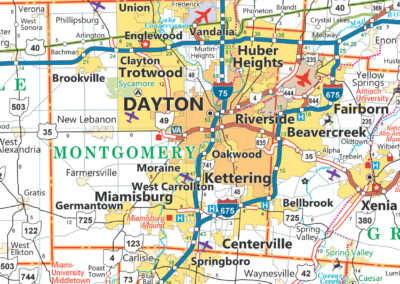 The roads of Montgomery County, according to the Ohio Department of Transportation. 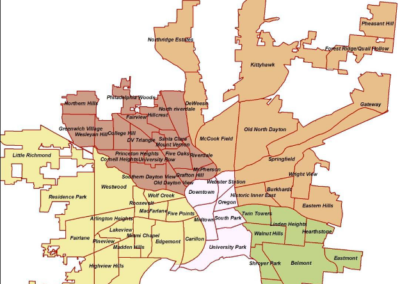 Land use committees were once part of the priority board system. Now they are appointed by the city commission. 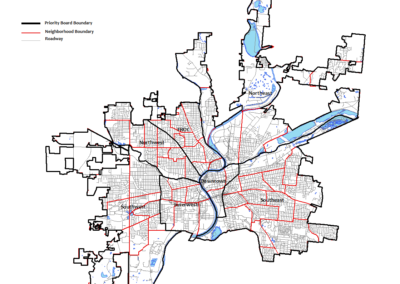 The priority boards were designed to provide extra community representation in local government. 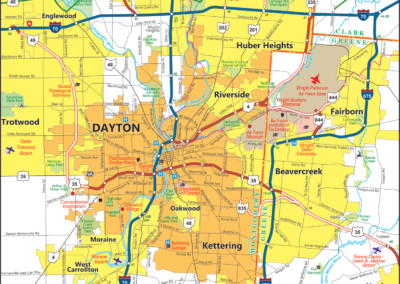 Map of Dayton roads according to Ohio Department of Transportation. 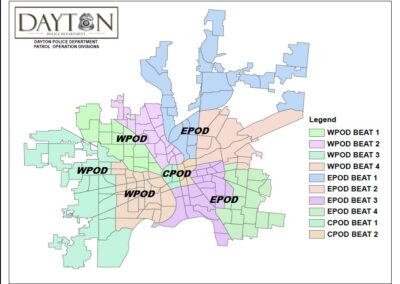 How Dayton is split up according to the local police force. 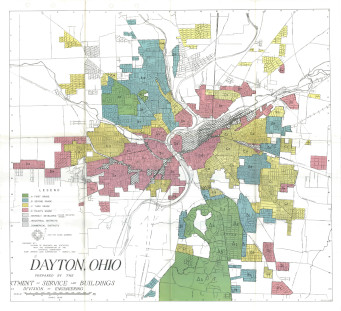 “Redlining” was used to enforce segregation. Creditors and the government used these maps to determine who to provide services to and who not to. 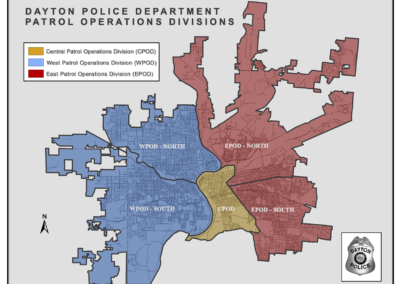 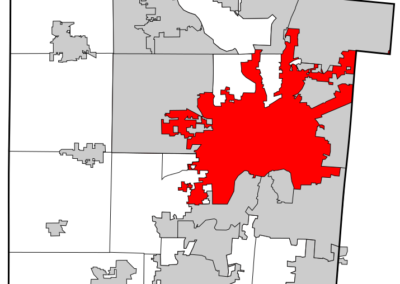 Dayton looks like an octopus. The red splotch up north in Vandalia is the airport. 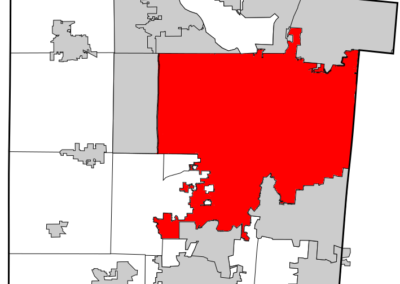 This is what Dayton would look like if it merged with Riverside, Trotwood, Harrison Township, Moraine, and Oakwood. 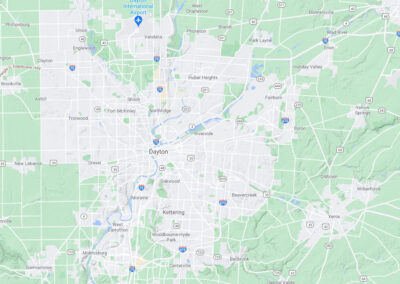 If this map weren’t labeled, you would think all the connected gray parts were one city: Dayton. 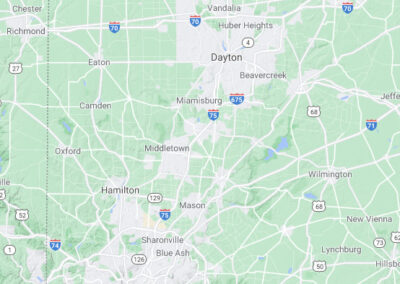 The urban sprawl of the Dayton and Cincinnati Metro areas are joining around Middletown and Monroe.

Montgomery County Board of Elections

We have our share of criticisms about how Boards of Elections are set up in Ohio, but they’re still an important resource for any voter or political candidate. We rely on the Board of Elections for quite a bit of information and so should you. Visit Site.

Montgomery County Auditor Board of Revisions

Disagree with your property tax revaluation? Go here to appeal it. Properties have been seriously overvalued in the past revaluation process, so if you own property in Montgomery County you should probably file an appeal. Visit Site.