Decades of Graft by Mat Heck

To pay somebody 25 percent of their salary just because they did the work they were supposed to be doing for their salary never seems to line up well, and it certainly doesn’t line up well with the public sector.

On Monday we reported that the Montgomery County Prosecutor’s Office has been handing out exorbitant bonuses even in the face of pandemic-related austerity measures. These bonuses averaged $8,851.35 in 2020 and every employee under Prosecutor Mat Heck received a bonus between $4,679.00 and $23,405.24. Since Monday, we have found out that Mat Heck’s large bonuses are notorious within county government and have been publicly reported before. Heck, having faced no election challenger for decades, has apparently felt no pressure to end his extensive graft.

In 2013 the Dayton Daily News reported that Mat Heck handed out extremely large bonuses. At the time, Montgomery County struggled to climb out of the Great Recession and austerity measures in the county led to a salary freeze. Heck’s office provided this justification:

First, a LSP (Longevity Supplemental Payment) is not a bonus,” Greg Flannagan, a spokesman for Prosecutor Mat Heck, wrote in an email. “Longevity pay is not paid across the board — the LSP amounts are based on individual employees’ merit and performance. … These are one-time, lump-sum payments to reward superior employee performance in the face of the inability to give any raises due to budgetary cuts.

We’ll have to put in a public records request to check the accuracy of that statement. In 2020, the number of employees receiving bonuses totaled the exact number of employees in the Prosecutor’s staff directory. Arguing that they allow the office to “reward superior employee performance” despite budget cuts—the salary freeze—is an admission of intentionally circumventing the salary freeze. 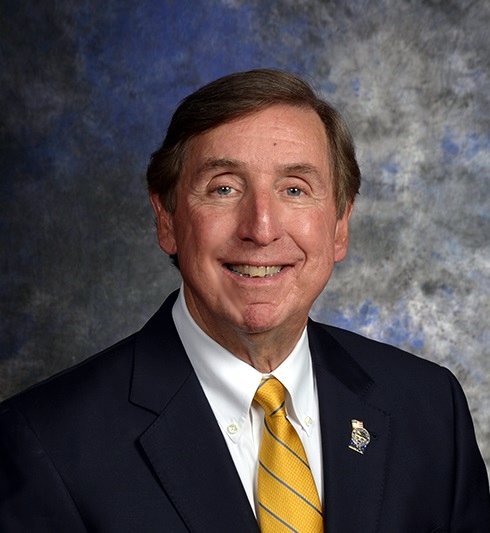 Reports of Graft Have Not Deterred Mat Heck’s Graft

The 2013 Dayton Daily News report was shocking because Heck continued to hand out bonuses despite the financial hardships and county-wide austerity measures. The 2019 data we have unearthed demonstrates that Heck will squeeze the department of all funds to benefit his employees. A 2012 Dayton Daily News piece confirms that Heck has done this for years.

The piece looks at “Furtherance of Justice” (FOJ) funds that prosecutors can use as a petty cash fund for supplies or incidental expenses. Like the payroll surplus that Heck pillages rather than returning to the county general fund (i.e. taxpayers), the department is allocated a specific amount for the year and they can “use it or lose it.” The fund was designed to give the office flexibility to spend when time constraints prevented going through formal channels, as law enforcement can be unpredictable and time sensitive.

Instead of using the Furtherance of Justice funds to further justice, Heck used them to fill up his gas tank. Between 2009 and 2011, Heck spent $4,000 on gasoline. He claimed this was because he drove to official meetings and crime scenes. However, two or three times a month the receipts came from gas stations near Heck’s Clayton home and it seems hard to believe that Heck’s job kept him on the road enough to spend $4,000 in gas in three years.

In the last three days of 2011—three days before the money would run out—Heck spent $32,000 on things such as iPads so he would only have to return $8.39 to the county. To justify spending FOJ money on general office expenses, Heck said, “They have cut us so drastically, it makes sense to shift costs toward the FOJ fund, and it conforms to the law.” The drastic cuts Heck decries did not interfere with the large bonuses he handed out that year.

Heck is One Heck of a Boss

If the prosecutor’s office were Mat Heck Incorporated, his actions would be laudable (unless, extending the analogy further, he was bankrupting his own company to enrich his employees in the short term, in which case it would be an odd form of embezzlement). It’s not hard to see, from Mat Heck’s perspective, that he’s giving hard-working employees just rewards. But it’s not his company. It’s a public office.

In 2018 Heck publicly complained about the fact that “end of year compensation” was not being calculated toward employee pensions and fought the state on the issue. Once again he was standing up for his employees. However, once again this came at the expense of taxpayers. If the bonuses counted as part of the employee salaries, then they would receive larger pension payments.

By asserting the bonuses constitute a portion of salary, Heck publicly admits that he intended for the bonuses to circumvent salary limits on his employees. A highly placed county official we spoke with said that Mat Heck feels that his employees are not adequately compensated and he uses the bonuses to remedy that. It would be admirable that Mat Heck goes to such great lengths to fight for his employees if not for the fact that he does so at the expense of the taxpayers and the county at large.

Further complicating matters is that many of Heck’s employees—especially those receiving the largest bonuses—are lawyers. Not including Heck, the average salary in the Prosecutor’s Office is $54,264.66. That’s counting all the receptionists, secretaries, victim advocates, and other employees who are either recent college graduates or do not hold an advanced degree. The lowest paid employee, Jennifer Comes, earned $23,004.80 in 2019, which was anomalously low (don’t worry, she got a $4,692.98 bonus). It’s not like Heck is just giving large bonuses to the employees with lean earnings. Remember that the largest bonus, to Debra Armanini, was $23,405.24—that’s more than Ms. Comes’ entire 2019 salary! It seems doubtful that you could find a single taxpayer who believes that First Assistant Prosecutor Debra Armanini is underpaid with a $154,996.40 salary. Coincidentally, Armanini’s husband works directly under Mat Heck’s wife as a magistrate in Vandalia.

It’s little wonder that no one from the Prosecutor’s Office has publicly complained about this graft. It would be easy, in their shoes, to see Heck’s actions as noble. He takes care of his employees. But in just the past two years that has cost the county more than $2 million. Mat Heck probably believes he’s doing the right thing. Seeing the instant gratification of happy employees feels a lot better than helping a bureaucratic machine run as efficiently as possible. The former is immediate and clear, the benefits of the latter are more obscure and difficult to recognize. In the short term, eating sweets is always more satisfying than exercising. In the long term, exercise pays off.

The county official we spoke with asked not to be named because, according to the official, “nobody can cross Mat Heck.” The official stated that Mat Heck has notoriously pillaged surplus funds for bonuses since the 1990s. Although other county officials have mentioned to Heck that the practice appears unscrupulous, he does not listen to or tolerate criticism. The official said, “If you’ve ever met him…Mat Heck is a really nice guy, but you really don’t want to be on his bad side.” 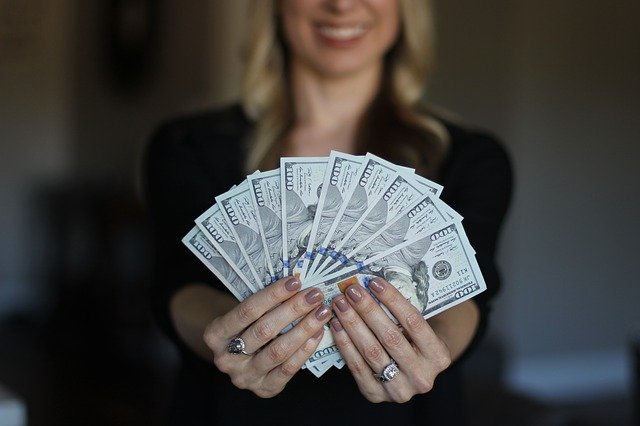 She must work for the Auditor’s Office, because Mat Heck would never hand out such a puny bonus.

While the official would not give us specific examples, just saying, “you gotta understand, he’s our attorney,” an incident with Mat Heck’s wife in 2013 may be illuminating. Cynthia M. Heck is the municipal court judge of Vandalia and she attempted to have Vandalia city prosecutor Claudia Turrell fired for personal reasons. In 2011, Heck prohibited Turrell from the courtroom because she “disliked Turrell’s facial expressions.” In 2013, she banned Turrell from working with the court in any capacity, jeopardizing Turrell’s job, for allegedly repeating a rumor that Mrs. Heck had been pulled over for a DUI (as the wife of the County Prosecutor, it’s impossible to know whether this is true). After the Dayton Daily News publicized the event, the city manager informed Heck that she lacked the authority to ban the prosecutor and the order was rescinded.

A pervasive fear of Heck may explain why he has not been contested—either in the primary or general election—for over twenty years. Although the official we spoke to insisted that Heck’s actions are legal, in consultation with a local attorney we have identified multiple provisions within the Ohio Revised Code that Heck’s bonuses may violate. It appears that county officials assume the conduct is technically legal because the county’s foremost legal authority—Mat Heck—claims that his actions are legal. The county official also insisted that the County Commission lacks the authority to reign in Heck’s spending because he’s an elected official held accountable by voters rather than the Commission. We have yet to confirm that claim with legal experts.

It does appear that the Ohio Revised Code gives Heck a wide latitude to determine employee compensation, as outline in ORC 325.17:

The officers mentioned in section 325.27 of the Revised Code may appoint and employ the necessary deputies, assistants, clerks, bookkeepers, or other employees for their respective offices, shall fix the compensation of those employees and discharge them, and shall file certificates of that action with the county auditor. The employees’ compensation shall not exceed, in the aggregate, for each office, the amount fixed by the board of county commissioners for that office.

We asked the county official if the County Commission could just reduce the budget allocated to the Prosecutor the next year, viewing the bonuses as surplus spending. Predictably, we were told that it won’t happen because the Commission won’t stand up to Mat Heck and the action would be perceived as an attack on law enforcement.

More Yet to Come

The County Auditor’s Office has complied with our public record’s request and we will post those documents soon. Our source within the county informed us that it is unlikely that bonuses from other offices will approach the level of spending found in the Prosecutor’s Office and this is true with the Auditor’s Office. However, we are still concerned about using bonuses to circumvent the salary freeze.

We are also concerned with the county’s overall spending on bonuses and how this process is wasteful and opaque. If these bonuses are given for performance, how is that evaluated? If they are just a perk of a local government job, is it appropriate for them to be handed out when the pandemic has crippled our economy and so many individuals are struggling? After all, county employees enjoy a job security that many rightfully envy during these difficult times.

There are some other problems we’ve identified with Mr. Heck’s bonuses that should make it clear that he believes himself to be above the law. We will publish a piece on that early next week. With the assistance of the public, we will continue to hold wasteful and corrupt officials accountable.

The following table displays the populations of Ohio counties according to the 2020 census. These numbers are used for congressional redistricting.

Note: We apologize for the lack of content recently. We have been quite busy behind the scenes doing research and advocating for public policy. If you would like to receive updates when we publish new content please subscribe at the bottom of the page. The Meeting...

Ohio Elections Subvert the Will of the People

On Tuesday, Ohio held a couple of special elections that have attracted quite a bit of national interest. Progressive heartthrob Nina Turner lost to Shontel Brown in a primary for the 11th Congressional District and Trump-backed conservative Mike Carey emerged...