Baxter Stapleton is running as a Democrat for Ohio’s 10th Congressional District. In the primary he will oppose Kirk Benjamin, David Esrati, and Jeff Hardenbrook. Baxter is decades younger than his three opponents and he believes that his youth will be an asset to an aging Congress. His campaign slogan, “Multiple Not Divide,” embodies a hopeful message that is reflective in much of his rhetoric. 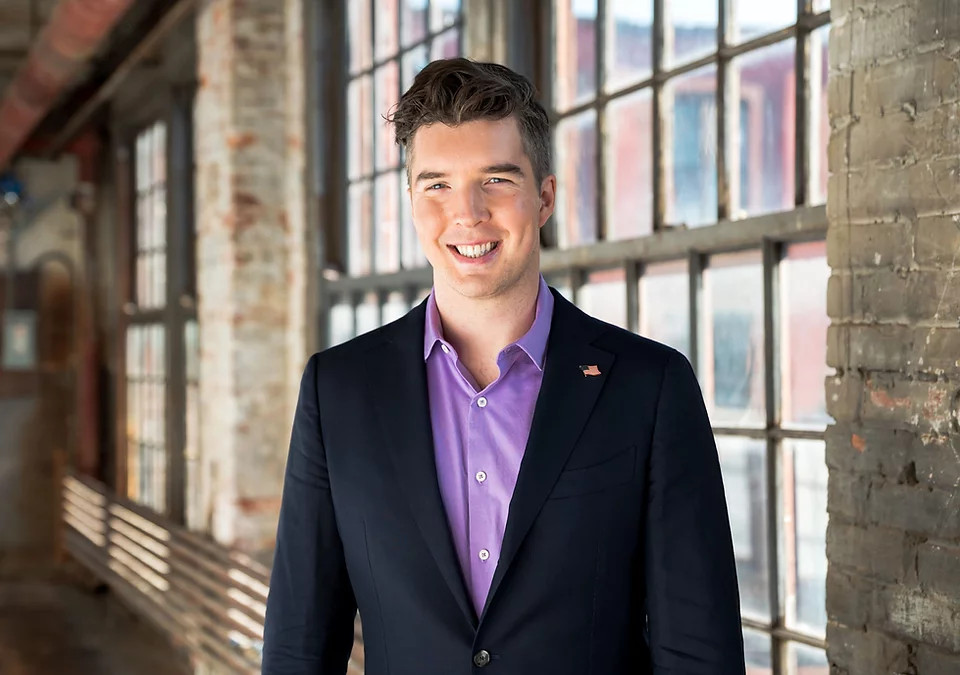 As the child of two NCR employees, he has a quintessentially Dayton origin story, but Baxter also claims that he would be a strong representative because of his life experiences in other parts of the district such as Greene County and Springfield. Baxter also has some government experience working as a legislative aide to Nan Whaley when she was a Dayton City Commissioner. Baxter is clearly one of those individuals who has aspired for political office since grade school and he’s not shy admitting it. Over the last ten years or so he has primarily worked in video production, but Baxter touts this private sector work as integral to shaping him as a fit politician.

Baxter’s platform primarily consists of three main points: 1) Recognizing the value of Wright-Patterson Air Force Base to the district and leveraging it to economically strengthen the district, 2) the environment, and 3) education. The first point certainly makes Stapleton stand out as a Democrat. Republican Mike Turner, who has held the district for the last twenty years, has made hurling pork toward the Wright-Patt his primary campaign promise and legislative focus. Considering the pro-military stance of many Republicans (and the anti-military stance of many Democrats), Baxter’s willingness to campaign as an unapologetic pro-military candidate is distinct. However, it should be noted that Baxter does claim that he will take a different approach than Turner, and will try to leverage the base to bring more high-tech investment to the area. He insists that the base needs to be held accountable when it has a negative impact on citizens, such as when downstream water has become contaminated.

Check out the full interview below:

There’s a lot of fuss about Ohio’s redistricting process and our attempts to adhere to a new State Constitutional amendment intended to curb gerrymandering. We propose using proportional representation to blow gerrymandering away for good.