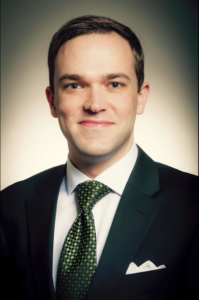 John McManus is not from Montgomery County. He’s from Tennessee. He has run for public office as both a Democrat and Republican. Like his opponent, Russ Joseph, McManus has a B.A. in political science. For some reason there are no formal requirements to run for county treasurer in the state of Ohio beyond being a registered voter. Unlike Russ, John has a law degree. It’s not an accounting of finance degree, but it’s something. More importantly, John has voiced his commitment to transparency, which he also pushed for as a member of the Dayton City Public School Board. He now works for the Montgomery County Clerk of Court’s office, where we have endorsed his boss’ opponent.

After sitting down and talking with John for an extended interview, we believe he has the temperament and integrity to earn a formal endorsement. John McManus is a local political outsider, and we mean that as a compliment. He spoke at length about local party hegemony and his desire to contest it, including some personal anecdotes about getting bamboozled by the local Dems. And while the treasurer is not a position one normally thinks of as much more than an administrative role, John promised to enact some specific policies. First, he promised to conduct an audit of the treasurer’s office. He also wants to implement a personal finance education program for Montgomery County citizens. Most importantly, John McManus is the right man for this job because of his commitment to transparency. He views the office as a position that will allow him to hold other local government officials accountable, arguing that our current corruption problems are rooted in a local government where everyone agrees to play ball.

When it comes to some of the issues most important to Reconstructing Dayton, McManus does not grade as favorably. His support of regionalism was tenuous at best, demonstrating a skepticism of structural changes. He is a circumspect politician, one who hesitates to commit to major structural changes. It’s good that he’s not reckless, but his cautiousness epitomizes why structural change is so difficult: although many politicians recognize structural problems, they are more afraid of a solution failing than allowing those problems to persist. For example, when considering the prospect of a change to county borders, McManus’ primary concern was how records would be dealt with. Minor details that can be easily worked out are generally the complaints lobbed against structural change.

McManus was much more receptive to structural change when he had personally seen the benefits in action. As a former employee for the Franklin County Clerk of Courts, McManus personally attested to the benefits of a single county municipal court system and he wholeheartedly endorsed such a proposal for Montgomery County. McManus is a skeptic, but seeing is believing. That’s a major step up from Russ Joseph and his local cabal of party insiders, who are indifferent to any benefits to Montgomery County citizens that do benefit their careers. John McManus isn’t going to save the world, but the county would be a whole lot better if it had more politicians like McManus and less like Joseph. Vote John McManus for County Treasurer.

Check out the full interview below. To see more candidate interviews check out our YouTube channel. We would like to continue providing in-depth looks at local candidates so the citizens of Montgomery County can stay informed. To support more content such as these interviews, please donate to Reconstructing Dayton.