A Tale of Two Cities: Unified Akron and Fragmented Dayton 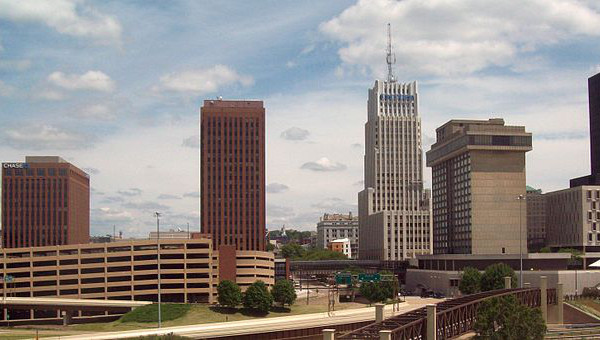 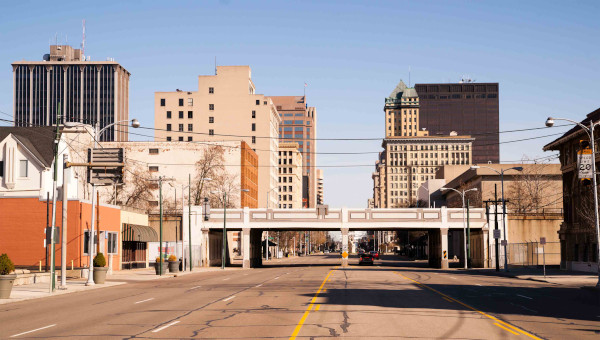 On the face of it, one may argue that Akron has simply had better luck than Dayton. When NCR chose to leave Dayton, it had hired a New York CEO, Bill Nuti, who viewed Dayton as a provincial backwater. Before moving the headquarters to Georgia, he had already established an executive office in New York City and avoided any negotiations with local Dayton leaders or governor Ted Strickland. The governor and local leaders were shocked by Nuti’s decision to leave Dayton and offended by his suggestions that Dayton lacked the resources to support a large corporation such as NCR. Nuti said that NCR “had a very difficult time recruiting people to live and work in Dayton.” Local leaders balked at the statement, pointing to schools such as The University of Dayton, Wright State, The University of Cincinnati, and Ohio State University as evidence of the depth of talent available in Ohio. But that doesn’t mean that our graduates actually stay here. When 15% of Ohio natives live in the South, is it any surprise that a native Ohio company would also make the move?

While Nuti may have been the stereotypical New York City jerk local leaders accused him of being, he was right about Dayton being a provincial backwater. That’s not because the people are stupid or the region lacks the resources to house a giant like NCR, but because our local government is literally structured for a provincial backwater. We have suburbs which have extended their limits to the city itself but they are still structured and financed as independent municipalities. This makes for great suburbs but it destroys the core city where all of the important services are located. The end result is a city that lacks the resources and amenities large corporations like NCR demand. With a regional focus, Dayton could have preempted any thought of NCR moving by structuring the entire region to be business friendly.

In 1964 Montgomery County voters narrowly rejected a proposed charter writing committee to provide a county-wide government that would allow us to have a regional government.1 In 1979 Summit County voters supported a similar proposal, granting home-rule powers to their county and establishing a strong county government. While Summit County has not been immune to the challenges of being a 21st century rust belt city, the statistics show they have handled these challenges much better than Dayton despite having similar geographies, histories, and resources. The median value of an owner-occupied housing unit in Akron (2014-2018) was $81,400 while for Dayton this number was $66,500. During that same time Akron had a median household income of $37,533 while Dayton sat at $31,395. While 23.3% of Akron citizens live in poverty, for Dayton that figure is an astounding 32.1%. Akron scores better in practically any statistical category than Dayton: education, home ownership, civilian labor force, per capital income. It’s no wonder considering that Akron has 6,000 more businesses than Dayton. Meanwhile Dayton has followed the loss of NCR with the loss of other critical businesses.

Keeping a big company like NCR around requires considering the region as a whole. When NCR announced its departure, Phillip Morris declared that “[t]he city of Dayton died Tuesday” in the Cleveland Plain Dealer. He argued that Dayton’s demise should serve as a warning to other cities in the state and argued for a county charter to save Cuyahoga from becoming the next Dayton. Notably, later that year Cuyahoga voters overwhelmingly supported a county charter after several officials were charged with various corruption charges. Soon after the charter’s passage, Cleveland’s downtown experienced a revitalization and the city’s population ceased to decline for the first time in decades. The quick turnaround for Cleveland has garnered the city national attention.

Concerned Dayton citizens also sought a regional remedy in the form of a county charter but in 2016 Dayton commissioners led by mayor Nan Whaley took steps to kill the proposal before it could end up on the ballot. Perhaps they had just failed to do their research, but the sad truth is that they killed the proposal because it would diminish their own power and influence. During a town hall meeting, they described the proposed charter as a “hostile takeover,” demonstrating a concern for their own political fortunes over the success of the region.

Akron, meanwhile, has invested heavily in Akron University to help it specialize in polymer science, which directly fuels its industry at home. Here in Dayton, our university produces top flight engineers who—if they stay in the region—immediately move to Beavercreek and work in Fairborn.

Perhaps the most telling contrast between Dayton and Akron can be found in this statistic. While Akron has a county-wide government that offloads more responsibilities onto the county, Summit County had 2,816 employees in 2019. Montgomery County, with a county government of limited responsibilities and much more of the administrative work placed directly on the municipalities, townships, and villages, had 4,284 employees in 2019. We pay more to get less.