An Interview with Bob Matthews 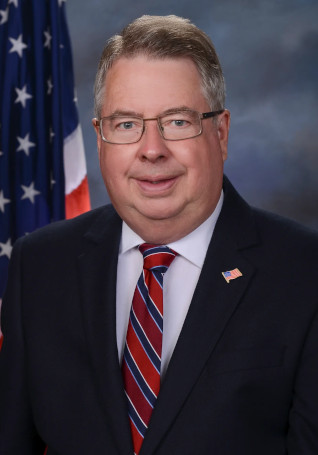 Today we had the pleasure of interviewing Bob Matthews, a local candidate for County Commissioner, who recently filled out our candidate questionnaire. Bob is a former Miami Township Trustee who believes in the four Fs: Faith, Family, Finance, Future. In our interview, Bob discussed his life, qualifications, and some issues pertinent to Reconstructing Dayton’s mission. Although we won’t be endorsing Bob because his views on regionalism do not align with the mission statement of Reconstructing Dayton, that does not mean we will be endorsing his opponent, Debbie Lieberman. Debbie has still not responded to our survey and her record on regionalism is questionable, as she publicly opposed Dan Foley’s attempt to form a county charter in 2016.

If you’re an undecided voter we highly recommend you check out Bob’s interview. He details several of his policy positions and his overall political philosophy. He discusses his experience in the private sector at various local businesses, his community engagement with local churches, and his government experience as a Miami Township trustee. Although Bob believes in regional cooperation, he thinks this should be accomplished through partnerships formed by sovereign municipalities. Bob also has some novel ideas, such as forming a county “endowment” that would help fund the county for generations to come. We did find his interest in issues such as a consolidated municipal court and consolidating the Treasurer, Auditor, and Recorder to be promising. If Matthews wins we hope to work with him on these issues.

Bob’s positions seem to be rooted in principles and he’s a genuinely likable guy. However, we do not agree that a local emphasis is the best when the locality is determined by arbitrary lines on a map. We believe in a local emphasis, but that local districts should be organized according to an economic zone. For example, Dayton and its surrounding suburbs all represent a single metropolis. Bob said that having multiple municipalities, such as the land locked Oakwood and Riverside, allow for citizens to have greater choice. In an ideal world he may be right, but we do not live in an ideal world. Unfortunately, most people have limited choices. We believe this fragmentation provides the benefit of choice to some at the expense of others. Then, when the inner cities decays and the region becomes less appealing to businesses and families, the entire region suffers as the services provided by the inner city are further distanced from the majority of the county’s citizens and businesses.

Despite our disagreements with some of Bob’s views, we are not arguing that you should vote against him. In this race between Matthews and Lieberman, it appears that regionalism is not a priority to either. Therefore, you should consider other factors when casting your vote. We do not endorse or condemn candidates for their stances on issues unrelated to our mission statement and specific organizational goals, so unless Lieberman comes out and publicly throws her weight behind regionalism or some other issue that is important to us, we will be staying out of this race. If you are an undecided voter, Bob’s interview will provide insight into his ideas, character, and goals. We are grateful that Bob took the time to speak with us and are glad that he felt it was important to directly engage with Montgomery County constituents. We wish we could say the same about Lieberman.

We will be interviewing more candidates in the near future. If you are running for public office in Montgomery County, e-mail us to set up an interview. We’re conducting these interviews to inform Montgomery County residents so nobody has to vote just according to the (D) or (R) next to someone’s name. The local media will not give these candidates this type of in-depth coverage, so more often than not voters don’t know much about the people they’re expected to elect. We want to change that. If you would like to help, please consider donating to make more interviews like this possible in the future.